10 Strange House Designs You Would Never Thought Of

Its current value is 1 billion dollars and is owned by an Indian business tycoon and a multi-billionaire, Mukesh Ambani. The 27 story skyscraper is the most extravagant property and covers 400,000 square feet. The building can also survive heavy earthquakes, which are very common in a country like India.

The building also has three helicopter pads in the area atop the roof and nine rapid elevator machines. It also has a two-story health center, an indoor swimming pool, and a jacuzzi. Ambani dedicated six floors of the building to his family. It also has houses for his staff, and an entire floor is for servicing his cars. It also has a 50 seat home theatrical, a barroom, a snack bar, an entertainment space, a dance studio, and six-story parking with a capacity of accommodating more than 60 cars.

It is based in Japan and is a Transparent house, which we can know by its name itself. If you plan on visiting Japan, you must go and arrange to view this house in Tokyo. It’s a cute and small house, and if you are in natural sunlight, you definitely must look at this house. The architecture of this house is inspired by the Japanese ancestral lifestyle when the people use to live on trees.  The house is the work of architects known as Fujimoto.

It’s in Malibu, California, and resembles a vast skateboarding ground. You can practice skateboarding in it, anywhere you want. The architectural plan of this house was by Pierre Andre Senizergues, who is not just the designer of this gigantic skateboarding house but is also a former skateboarding world champion.

The Keret House in Poland is the world’s slimmest house. It is indeed astonishing to look at the design and architecture of the house. Even more, thinking of living inside it is not so pleasant and will leave you wondering how someone can dwell inside it.

The house measures about 153 cm and the designers are the dweller of the house itself. According to him, the extra spaces between buildings in the Urban areas can make narrow houses. However, this lifestyle cannot be accommodated by many of us, as we like spacious rooms.

Elvis Carden, a country music performer, spent decades designing this house, which hits all the right notes, and it also has cords. He also named his company the Guitar House Records, which had a backing band called, The Guitar House Band. And they released an album titled, Living In An Old Guitar. Its price has been uncertain in the market cause of the retro-classic look, yet it seems a little off to some people. It still stands in one of the most extraordinary houses in Georgia.

The spaceship house is in Urbandale. It is the tallest building in that area and was constructed in 1993. Also, the living room of the house is 35 feet above the ground floor.

In the center of the house, there is a six thousand square foot garage. There is also a huge recreation center. You can now say that it is not just a cheap house, but billionaires can only afford its value. If you are planning a trip to Urbandale, you must visit this house just to be astonished to look at the infrastructure of this house.

The paper house is in Rockport, Massachusetts. It is indeed a house made of paper. Elis F. Stenman was a mechanical engineer and used to design machines for making paper clips. His work then turned into a place made of paper. Initially, he started constructing the house in 1922. At first, the paper was made for insulation and then turned out into furniture and walls. Stemann used paper logs for furniture and used pressed paper to varnish the walls.

It is interesting to look at all the furniture made of paper. It is a great and unique work done by Stenman.

The Shire Of Montana

If you are a massive fan of The Hobbit and would like to own a two-story house with underground rooms, this house is available for rent in Montana at just $350 per month.

It has a 1000 square-foot underground home, and it also has a king-size bed with small guest rooms. A perfect place to live if you want to experience life in a fairytale. It really would make you feel like you are in a fairyland.

Jersey Devil was a project to design and build a house in the middle of woods; it was initially an experiment with architecture. It was led by a group of architects who joined this project as DIYers. They emerged as a group of architects from Princeton and started to build new architecture pieces while they were still learning. They constructed new ventures which were used as football stadiums, for concerts, etc. Their best was the best of their work, it has also won a National Award, as ‘The Weird House. The New York Times also called their work gimmicky and astonishing.

Ricky Boscarino, an artist, owns this house in New Jersey. His house is open for the public to view his artistry and also his unique place. He has been working from his home since 1988. This house has a few sculptures in the yard. It gives the vibes of an aesthetic fairy-tale land just like Herman’s Playhouse.

You must be astonished to know about these house’s architecture and design. You must visit these houses to get an accurate view of them. They certainly are not traditional, but they are very neat and creative. 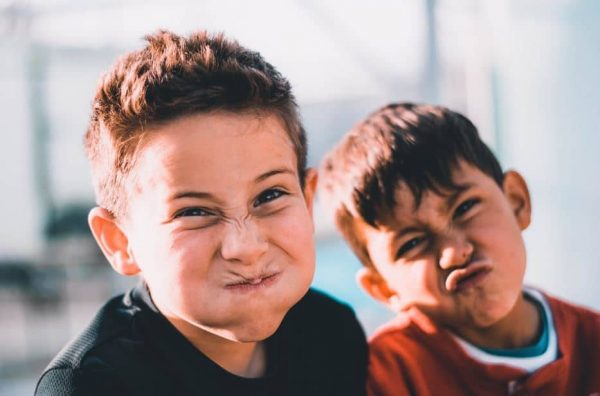 Different Kinds of Sibling Rivalry – How to Resolve the Conflict

Regardless of the amount of love, care, and affection that exists between two siblings, there’s still room for sibling rivalry featuring feelings of jealousy,… Read More »Different Kinds of Sibling Rivalry – How to Resolve the Conflict

We may not know of all the silent promises that our dads make to themselves about our future, or we may not have a count… Read More »Best Ways To Spend Father’s Day

Games To Get The Family Together

You can gather one to remember when you will have many games to play all night together. Reunion brings joy to one’s life, and… Read More »Games To Get The Family Together

Different Kinds of Sibling Rivalry – How to Resolve the Conflict

Paintings That Will Fit Your Decor

We use cookies on our website to give you the most relevant experience by remembering your preferences and repeat visits. By clicking “Accept”, you consent to the use of all the cookies. Read More
Do not sell my personal information.
Cookie settingsACCEPT
Manage consent

This website uses cookies to improve your experience while you navigate through the website. Out of these, the cookies that are categorized as necessary are stored on your browser as they are essential for the working of basic functionalities of the website. We also use third-party cookies that help us analyze and understand how you use this website. These cookies will be stored in your browser only with your consent. You also have the option to opt-out of these cookies. But opting out of some of these cookies may affect your browsing experience.
Necessary Always Enabled

Any cookies that may not be particularly necessary for the website to function and is used specifically to collect user personal data via analytics, ads, other embedded contents are termed as non-necessary cookies. It is mandatory to procure user consent prior to running these cookies on your website.