6 Uses For Hydrogen Peroxide Around The Home

Your home is a sacred space, and keeping it clean and safe is important. While there are a variety of traditional cleaning solutions available to help you do this, one often overlooked remedy that you can use around the house is hydrogen peroxide–a combination of hydrogen and oxygen easily found at most local stores. Not only can this household staple kill bacteria on contact, but it also packs many other uses as well. So from tackling tough stains in the bathroom sink to removing rust from tools in the shed, here are 6 unexpected ways you can use hydrogen peroxide around the home for cleaner living!

What Is Hydrogen Peroxide Exactly?

Hydrogen peroxide is a colorless liquid with a distinctive sour taste and odor. It is often used as an antiseptic, bleach, or oxidizer and can be found in many household products. Hydrogen peroxide combines two hydrogen atoms with two oxygen atoms, producing H2O2 – the contrasting molecule of H2O (water). This chemical compound has antimicrobial properties that make it useful for eliminating bacteria and other germs from skin, surfaces, and objects.

Hydrogen Peroxide’s popularity as a cleaner, sealant and alternative to chlorine bleach stems from its ability to naturally break down into water molecules, meaning there are no lasting residues left once it’s used. All in all, hydrogen peroxide is far up on the list of the most trusted products for tackling dirt and bacteria.

Uses For Hydrogen Peroxide Around The Home

It’s no secret that hydrogen peroxide is a powerful cleaner, but there are many places in your home you might not think to use it. Below is a list of some of its best uses around the house.

Hydrogen peroxide has a wide range of uses at home, and one of the most surprising is the ability to easily remove pit stains. Hydrogen peroxide can act like a bleaching agent for many materials, so try using it on an old clothes stain. You must soak the item in hydrogen peroxide or scrub it directly onto the stains with a soft brush. The result will leave your garment looking fresh and completely mark-free! Not convinced? Try giving this technique a go next time you tackle any stubborn stains – you’ll be amazed at how effective it can be.

Despite many powdered nail whiteners on the market, sometimes it’s nice to have something natural and less abrasive. To use hydrogen peroxide for cleaning discolorations off your nails simply mix equal parts of 3% hydrogen peroxide and baking soda until it forms a paste. Rub this mixture onto your nails, then wash off with water, revealing renewed and whiter-looking nails!

No need to buy those expensive commercial laundry products that have the words “oxy” in them and promise to whiten your clothes. Simply add a cup of hydrogen peroxide to your washing machine when doing a load of whites. The hydrogen peroxide will also deodorize clothes and remove stains. You can pour it directly on stains but do a color-fast test first if you’re applying it to darker clothes.

Many people don’t realize that the simple household item, hydrogen peroxide, can be a great tool for removing mold and mildew from your home. It is an effective fungicide, meaning it will kill any fungal spores present in the infested area. Besides its fungicidal properties, it’s relatively inexpensive and easy to find in most stores, making it an ideal solution for those who want to fight off the mold with minimal fuss.

Best of all, unlike many harsh chemical alternatives, hydrogen peroxide is gentle enough to use on fabrics and won’t stain kitchen surfaces. For persistent mold or mildew infestations, however, it may be necessary to enlist the help of professional services to ensure the problem has been appropriately addressed.

Gardeners know one of the best substances for their plants is hydrogen peroxide. The all-purpose liquid can help with pest control, prevent infection on damaged trees, kill foliage fungus, combat root rot, and improve plant growth. That extra oxygen causes the roots to absorb more nutrients. For pest control or growth, add one teaspoon to one cup of water in a spray bottle and mist the plant.

So, Will You Reap The Surprising Uses Of Hydrogen Peroxide?

In conclusion, Hydrogen Peroxide has many uses around the home. From whitening teeth to killing mold and mildew, it has a variety of applications that make it an important tool for keeping your home clean and healthy. So go ahead and grab a bottle of hydrogen peroxide next time you’re at the store—you never know when you might need it.

A leather couch is a beautiful addition to any home, but it requires special care to keep it looking its best. To ensure you are…

Read More »How To Treat Your Leather Couch 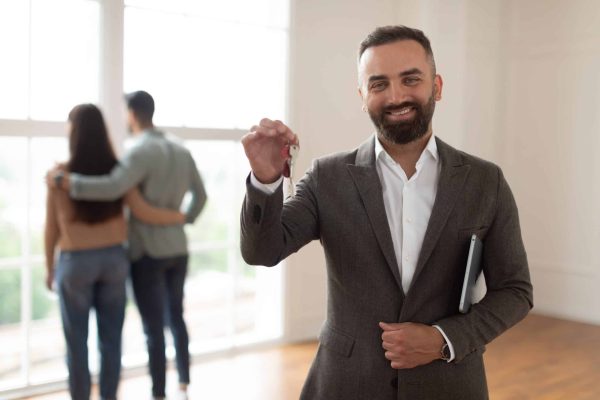 Benefits Of Owning Vs Renting A Home

The American dream often includes owning a home. And it is true there are many benefits to owning a home, such as the freedom to…

Read More »Benefits Of Owning Vs Renting A Home

How To Get Rid Of Pesky Pet Hair

If you’re a pet owner, you know that pet hair can be a real nuisance. Not only does it make your house look messy, but…

Read More »How To Get Rid Of Pesky Pet Hair