7 Appliances We Can’t Live Without

Despite the fast pace of modern living, with its uncertainties and challenges, many conveniences and small delights result from a network of ideas, concepts, and inventions brought into being by the passionate efforts of men and women of science, business, and faith. Leaps in our technical know-how and our knack for using new knowledge to build on established ideas have resulted in inventions that have shaped our society and ways of thinking.

Whether you prefer digital or analog, there’s a good chance that a wall of your classroom, the desk in your office, or a bank you passed on your ride to work or school sported a clock. If that isn’t enough, there’s the clock in the family car and all of the ones on the DVD players, VHS players, cable or satellite boxes, televisions, microwaves, coffee makers, and ovens. Time seems to be everywhere, but that wasn’t always the case.

Although attempts to develop a plumbing system can be traced to Mesopotamia around 2,500 B.C., the Romans implemented a broad plumbing plan. Under Roman supervision, outhouses were strategically placed over a network of sewers equipped with running water. It was a great idea, but it didn’t catch on very quickly. Europeans were still pitching waste out of their windows by the Middle Ages, and the humble chamber pot was a staple in every home. The stench in London’s streets from the lack of sanitation was awful, and after a devastating cholera epidemic, a comprehensive system for sewage disposal became a priority.

The next time you make your midnight foray to the fridge for a piece of pie or a leftover burrito, consider what life would be like without that big cold box. You wouldn’t have ice for your drink, and you wouldn’t be to keep food fresh. Many of the staples you enjoy, like eggs, milk, cheese, meat, and butter, would have to be purchased in small quantities or not at all. Expand this to the broader landscape, and much of the variety you see in your local market would be impossible to ship, store, and sell before it is spoiled.

As long as people have been wearing clothes, they’ve had to come up with ways to clean them. If you lived a couple of thousand years ago, you’d be beating your clothes on a stone to get the stains out as the Romans did. They had special stone troughs for washing and used rendered animal fat as a crude form of soap. Fast forward a few hundred years, and the stone troughs were replaced with wooden boards for scrubbing. But the process was still slow and backbreaking, and the results were probably less than stellar.

The phone has gone from a fixture on the wall that connected you to a switchboard and a party line to a wireless device that uses satellite technology to connect you to the rest of the world. That’s pretty dramatic. It didn’t take very long, either, at just a little more than 100 years. Today, cell phones are quickly replacing landline telephones.

Before television, people huddled around the radio to listen to news and entertainment programming. Before that, they relied on their newspapers and the entertainment value of their friends and neighbors. There are more than 1.5 billion television sets in the world today, and that number is growing. Companion technologies, like the digital video recorder (DVR, TiVo), which allows viewers to schedule, automatically record, and playback television programming, are gaining in popularity, and the future for the medium of television is bigger, brighter, and sharper, and it couldn’t be better.

In the middle of a summer heatwave, it’s great to have air conditioning. Before Willis Carrier invented his cooling indoor air method, it was challenging to stay comfortable in hot weather. A nice, cold drink was helpful, and some homes were designed to make the most of a light breeze, such as the traditional shotgun-style homes. Even a nice, big tree for shade was great, but the promise of a temperature-controlled home was still very appealing.

Like Loading...
previous6 Home Improvement For Less Than $99.99
next5 Important Things To Know About A Home Appraisal

Products To Beat The Summer Heat 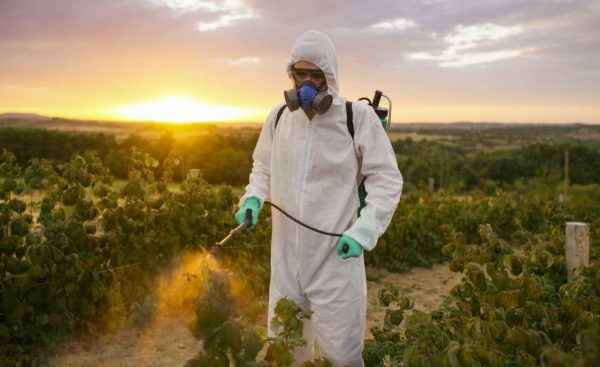 After the European Union shifted to ban a list of hazardous pesticides, the latest research raised the question of the consequences of the farmers… Read More »Most Harmful Pesticides

Sugar is a necessity that deserves its place of honor in the best pantries all around the world. It is a great ingredient to sweeten… Read More »Weird Uses For Sugar You Didn’t Know

Laundry Myths That Ruin Your Clothes

Signs Your Dishwasher Is Dying

10 Items You Should Never Have At Home

We use cookies on our website to give you the most relevant experience by remembering your preferences and repeat visits. By clicking “Accept”, you consent to the use of all the cookies. Read More
Do not sell my personal information.
Cookie settingsACCEPT
Manage consent

This website uses cookies to improve your experience while you navigate through the website. Out of these, the cookies that are categorized as necessary are stored on your browser as they are essential for the working of basic functionalities of the website. We also use third-party cookies that help us analyze and understand how you use this website. These cookies will be stored in your browser only with your consent. You also have the option to opt-out of these cookies. But opting out of some of these cookies may affect your browsing experience.
Necessary Always Enabled
Necessary cookies are absolutely essential for the website to function properly. This category only includes cookies that ensures basic functionalities and security features of the website. These cookies do not store any personal information.
Non-necessary
Any cookies that may not be particularly necessary for the website to function and is used specifically to collect user personal data via analytics, ads, other embedded contents are termed as non-necessary cookies. It is mandatory to procure user consent prior to running these cookies on your website.
SAVE & ACCEPT
%d bloggers like this: